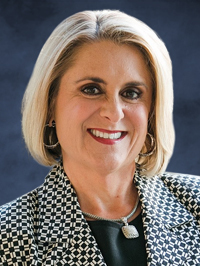 Laura Leigh Has Your Key

Laura Leigh Thompson’s roots in Tuscaloosa were firmly established at just ten days old. When her father, Art Thompson - revered author of the preeminent authority and decades-long number one best seller on business best practices Crafting & Executing Strategy: The Quest For The Competitive Advantage - was hired as the University of Alabama’s Professor of Strategic Management, the Thompsons permanently settled in “T’town” and Bidgood Hall was their on-campus home.

The bar was set high for Laura Leigh at birth. Coming from a family of mega-achievers set her on a trajectory of excellence. She can’t help it; excellence is her ‘normal.’  Everyone with whom she comes in contact quickly learns that, the goal she’s laser focused on is conquered. Every time.

Laura Leigh’s future stint as a Robbins Research International (Tony Robbins) personal development professional wasn’t a big leap given her auspicious start as a multi-sport athlete. She competed as a gymnast at Tuscaloosa Tumbling Tides, and won over forty blue ribbon first place finishes as a Hunter Jumper and Walking Horse equestrian. If that weren’t enough to fill an entire childhood, she also played softball and cheered at Tuscaloosa Academy.

As a second-generation University of Alabama legacy, Laura Leigh earned a Bachelor of Science in Marketing with minors in French and Criminal Justice. She further left her mark at ‘Bama by making the Phi Eta Sigma and Alpha Lambda Delta Honor Societies, and being a second-generation Phi Mu sorority legacy (her mother, Hasseline, being the first-generation member).

After college, Laura Leigh moved to Birmingham and launched her career as a Certified Financial Planner (a three-year designation) and equity trader. Sensing she needed to challenge herself, she moved to New York City in 1993 and, because of her relentless pursuit, was hired to work with “The First Lady of Wall Street,” Muriel Seibert, as an equity trader. Laura Leigh’s southern upbringing served her well in “The Big Apple.” Because of her interpersonal skills, customer service responsibilities were added to her repertoire.

Her performance working with Seibert landed Laura Leigh a position at Deutsche Bank as an Institutional Equity Sales Trader. During her seven-year tenure there, she earned a three-year designation as a CFA (Chartered Financial Analyst), and became a negotiations and relationship management subject matter expert.

The Wall Street hustle is indeed intense, but Laura Leigh made sure she struck a healthy balance between work and her personal life. For two years, she was the president of the University of Alabama Alumni Association’s New York City chapter, launched the first SEC Alumni Association in New York and was its first president for three years running. She also helped funnel business students into summer internships at various banking houses, and was the primary point-of-contact for University of Alabama students who wanted to work on Wall Street. Laura Leigh retired from Wall Street in 2001, and moved to Los Angeles where she completed world-renowned life coach, Tony Robbins,’ Mastery University, and became a Personal Development Senior Leader on his leadership team. During that time, she pivoted her career path to the education publishing industry.

Laura Leigh’s McGraw Hill career moved her to Nashville (Franklin) Tennessee, and she worked with the company until 2013.

Then, the following year, it happened. A man named Glenn swooped in and swept her away. Things moved quickly after LL+G (as her friends fondly refer to the couple) started dating. The next thing she knew, she was selling her Franklin house and moving - with Tallulah her dog, and Scarlett her cat - back to Tuscaloosa (TC the cat “found” her not long afterward!).

Laura Leigh said it best: “Just when I thought I had it all figured out, Glenn came along and showed me that love changes everything.” Because of that man’s love, they tied the knot in August 2015.  By 2016, she had her real estate license with Pritchett-Moore Real Estate, and was helping Tuscaloosa residents benefit from her 25-plus years expertise as a business professional and real estate industry protégée.

Never in Laura Leigh’s wildest dreams did she think she would follow in her mother, Hasseline’s, footsteps. However, she’s the daughter of a university professor (now Emeritus) and business strategy pioneer, and a woman who is affectionately known in Tuscaloosa as ‘Mrs. Real Estate.’ Given all that - not to mention the fact that her mother was a Million Dollar Club member and Realtor of the Year - Laura Leigh’s destiny as a real estate pro was inevitable. Her mother has watched with admiration at her youngest girl’s journey: “Laura Leigh is such an interesting person. So much so that, even if she weren’t my daughter, I would want to know her.”

Laura Leigh is wholly grateful for every twist and turn that has led her here. “Because of my experience working on Wall Street and in the educational publishing industry, I have an in-depth understanding about how to navigate the ever-changing economic climate, and how it affects the real estate market with respect to clients making buying and selling decisions. Plus, real estate is in my blood...literally.”

Now that she’s back home in “Title Town,” Laura Leigh invests her time in improving others’ lives by helping them find their dream homes. She’s an Alabama football, basketball, baseball, gymnastics and softball season ticket holder, a North River Yacht Club member, Red Elephant Club board member, real estate investor with Glenn and world traveler. When there’s down time, she can be found at her beach home or snow skiing near her family’s home in Aspen.

A full life, for the woman who’s full of life.

Listed about 1 month ago

Listed about 1 month ago

This breathtaking remodeled country home set on 10 acres is simply spectacular, and it will sell fast! If you want/have horses, the corral and barn are waiting for them. Love NEW? Check this out-Ha...

designed and loved by: